I HAVEN’T UPDATED here in awhile, and I’ve been feeling damned guilty about it. I’ve been in hardcore crunchmode working on my tiny corner of the computer game Wasteland 2. I realized I could put up a micro-post just to let people know I’ve not disappeared from the face of the planet.

I’m not doing much aside from writing my fingers off and working my part-time shifts at the library. And sleeping. I still consider sleep as essential as oxygen, and don’t let anyone tell you differently. 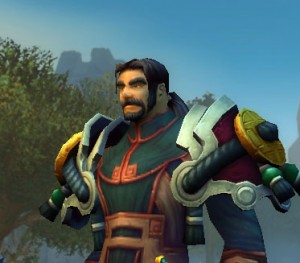 Even my WoW time has shrunk to a nub of its usual. The Mists of Pandaria expansion dropped a couple weeks ago and I wasn’t much interested coming into it. I thought for sure the whole kung fu panda thing was the laaamest idea for an xpac that Blizzard had ever cooked up, and the whole idea of the Pokemon pet battles was a gagfest.

To my shock, I’m enjoying the game as much as when I first played, back in vanilla days — and that’s saying a lot. My new guild, the estimable <Smash Mode>, is pretty damn wonderful too. But instead of taking an extended vacation in Azeroth, I visit just a few hours a night to let my brain decompress from post-apocalyptic wastelands.

My deadline for the Wasteland work is next Monday, October 15th. After that, everything is in the hands of the InXile folks. What I’ve been writing is far deeper than they asked for (or even wanted, I have to say). I put 4-5 maps worth of work into one single zone — by analogy, writing half a novel instead of 4-5 short stories. That’s been both a good and a bad thing for me, but in the end it is my hope that players enjoy the hell out of it when it eventually reaches their hands.

I’m glad to have been able to be involved on this project, but I have many things I’ve put off for the last six months which I am super-eager to get back to. I’ll expect to write here more often, and tell you about some of the cool projects that have sat on the backburner!