I don’t know what it is about having gone to GenCon, but I’m still feeling the side-effects a month later. A lot of good things resulted, but while I feel like I’m working my rump off, I also feel like I’m slipping further and further behind every day. A creeping panic is setting in, so I’m burning the midnight oil. When I finally crawl off to bed, I stare sleeplessly at the ceiling, then get up stupidly early to start poking around at one thing or another.

That is not a sustainable routine and, frankly, lack of sleep completely shatters my creative and organizational abilities. I stagger around like a poleaxed ox, less gets done, I panic more… evilterribadscary death spiral!

Anyway, I’m making sleep a priority, and working at knocking down enough of the To Do list that I can stop panicking in the middle of the night.

One of the things I’ve wanted to get done is write about several topics here on the blog. For now, there are some tidbits below the jump to get you caught up. Meatier posts will come in good time, but hopefully this will satisfy for now.

WRITING
My 100 Days experiment for writing wrapped up with my departure to GenCon, and I expected to blog about it immediately upon my return. So, um no. Writing took a left turn at Albuquerque.

I continued to write steadily through the 100 days. In fact, in the weeks between my last post about writing and my going off to GenCon, I wrote rather more than the hours permitted by my “Google 20%” that I talked about in the “A Fifth of My Time” post.

Except… I wasn’t working on the standalone proto-novel. That got back-burnered and not one, but two other tales jumped up and demanded my time. Those who follow my social media know I was battling the assault of much-too-demanding characters wanting me to write their tales when I was in the midst of preparing for GenCon. 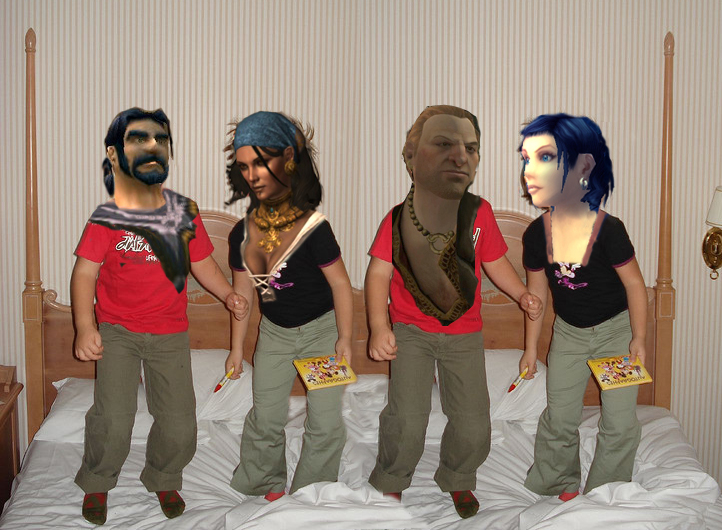 It was like having a half dozen spoiled 5-year-olds come bouncing on my bed Christmas morning (at 3am) and then running around the room partying like disco-era 24-year-olds. I had to quiet them down enough to let me get done the other work that I needed to do in preparation for the con. The only way to do it was to give them a little time, but the sneaky bastards kept hiding the clock and I’d look up to see I’d spent three hours writing when I meant to spend one.

I’ll go into more detail when I join the hundreds of people participating in Speak Out With Your Geek Out, starting Monday September 12th.

SPEAK OUT WITH YOUR GEEK OUT
The link above explains what you need to know about this. The brief version is that many of us are going to use the week of Sept 12-16 to talk about the things that we geek out over, the hobbies and pastimes that makes us giddy silly happy, that are fun for us.

A lot of people are saying “Meh, I do that anyway.”

To some extent, I’d say that’s true of me. I don’t hide the geek that I am — I celebrate it. You know about my geekery: about being a gamer and even working in the games business, as a still-working-on-it fiction writer, as someone who likes hawt pixelated guys, and even about being *gasp* a librarian, for pity’s sake. It doesn’t get much more geeky than that.

What would I speak out about that I wouldn’t have already said? Once I started thinking in terms of what the Speak Out challenge proposed, I realized I really did have a lot to say, and that most of it I hadn’t said before.

One of the days will, as I said, be about my writing. This is actually a post I’d finally screwed up my courage to write a few weeks ago. I think it appropriately timed to coincide with SOWYGO, so I’m saving it for that.

One of the days might be about being a geek before geek was cool. I mean back when it was seriously, horribly, soul-searingly un-cool… when I was in junior high and high school, many decades ago. Chess club. Using big words. Reading too much. Star Trek fan. Man from UNCLE fan. And so friendless even the other social outcasts didn’t want to be around me. All tales that every proto-geek can relate to, but it’s a part of who I am today, why I am who I am. Since I like me today, it’s not a bad thing but it was a hard thing. No whining, I promise.

One of the days will be about my upcoming interview in WoW Insider, and the internal side trip that went along with answering Lisa Poisso’s questions for the Fifteen Minutes of Fame column. I actually am getting 30 minutes of fame, it seems — she got permission from the editor to make it a two-parter. The first half goes up Tuesday or Wednesday, as I understand it.

I don’t usually post that much in a month (although I keep intending to)! We’ll see if I make the time. After all, I already know what I want to talk about, right?

OAKHEART SITEWORK
Knick Moschella and Charles Evans have been continuing to work their magic, identifying missing cards and reorganizing lists for me. I’ll get that page updated ASAP — and thanks again to both of you!

I’ve had an amazingly generous offer from a gentleman whose blog I’ve read for quite awhile, Gaz of Mana Obscura. Click that link and you will see the same visual layout as you’re looking at right now — GMTA!

I started reading Gaz because he wrote about mages in WoW, a subject near and dear to my heart, and I slurped up every word. He’s shifted his focus but is still writing about MMOs and games, and we’ve chatted on Twitter a bit. (He’s @Gazimoff if you want to follow him there!)

Gaz offered me the modifications he’s installed on his site, since the look and feel is much the same, but his encompasses many of the elements I’ve wanted to figure out how to include here, but lacked the understanding of how to do. I was gobsmacked by his generosity, doubly so when he said he would do the back-end work for me.Â  So when things start changing around here, thank him. If you have an interest in games and MMOs in particular, thank him now by checking out his site!

Now I just need someone to go into my Wikipedia entry and expand the information with stuff from my Bibliography.

2 Replies to “Writing, Geeking, and the Kindness of Strangers”