Portrait of the Artist as a Sick Woman

SO, HI THERE. It’s been awhile because this is approximately how I’ve been feeling. 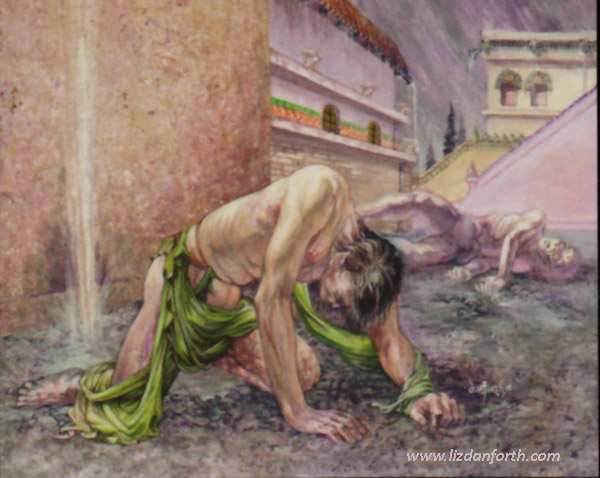 I can’t remember the last time I’ve been this sick.

The first week of June, I came down with what I thought was a nasty summer cold: sore throat, low-grade fever, dry cough. It didn’t go away, so after a week I hauled my sorry ass to the doctor where she found pneumonia crackling in my right lung. I got some megakiller antibiotics to slay the offending bacteria and went home, where I pretty much zonked out for the next week.

In retrospect, I think I may have had walking pneumonia for a month or so before I got that “cold.” Because I track my time 24/7, I had noticed that I was sleeping more than usual in May even though I was tired, tired, tired all the time. I started to wonder if I needed to see the doc or a shrink, sick with something or sliding into an unaccountable bout of depression. The cold, and then the pneumonia, explained a lot when they came along.

GETTING BETTER
It is now two weeks after the pneumonia itself has been vanquished, my chest X-rays clear. I am starting to come around. Slowly. Kinda. But ohhhh so slowly. I have zero energy, zero focus. Still sleeping a lot. Still coughing a lot. People told me, in person or online, it could take “several weeks” to recover… three, four, five… and not to push myself. The voices of their experience all agreed on that: the nasty beast would just flatten me again if I gave it the opening. 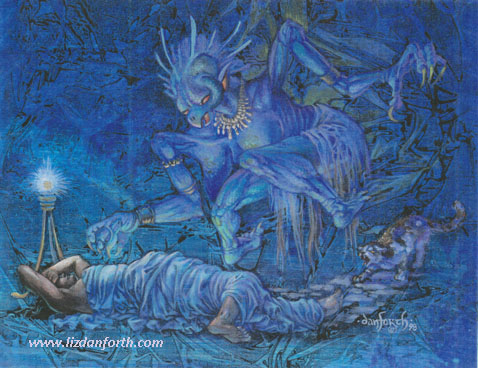 Card art for Legend of the Burning Sands (L5R)

I’m going to keep this blog short, although it has taken me several days to put even this much together. I have badly wanted to let people know why I hadn’t been heard from much lately. When I have a little energy, I work on Deluxe Tunnels & Trolls — I am the bottleneck right now, needing to edit, write my little bits, and do a ton of artwork. I’ve tried to keep up with emails, kinda. Everyone else on the project is working their rumps off, and there will be a lot of cool stuff available for GenCon … but not the rules. And that’ll be because of me. So be it.

Little that I usually do (often nothing) has been done for the last month, for freelance work, library time, or simple chores and errands. I’m still counting my “good days” in terms of “good hours.”

Pneumonia is a funny thing. Some people literally walk it off. Others damn near die, as my friend and writer/game designer Lorelei Shannon wrote about so eloquently and frighteningly when she had it.

All in all, I’m not walking it off and I’m not taking a spin around the dance floor with dashing Mr. Death (as Lorelei put it), but evidently it is going to take me some time to recover. I’ll work when I’m able, and update more when I can. Things are improving! I think I managed to stay awake the whole day yesterday. Next step: be awake AND have more than two working braincells.

This entry was posted on Monday, July 8th, 2013 at 1:03 pm and is filed under Freelancing, Musings. You can follow any responses to this entry through the RSS 2.0 feed. Both comments and pings are currently closed.

27 Responses to Portrait of the Artist as a Sick Woman