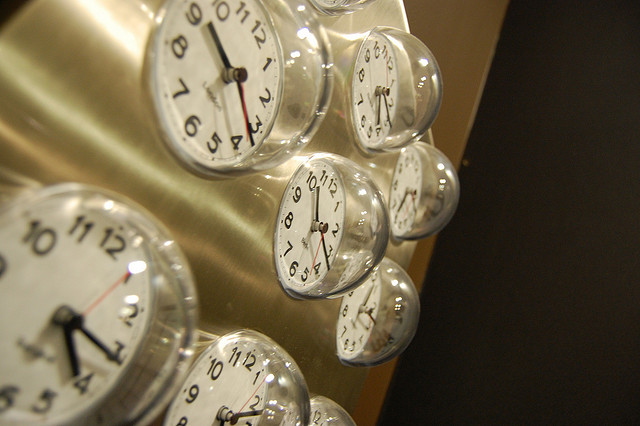 TIME HAS FLOWN by since I wrote here last. I’ve been recovering from being so ill, and it has continued to be a slow process. I went back to library work, just a smattering of short days only, late in July. I’m still not back to my regular schedule.

Through June and July, I stayed home a lot, sleeping whenever I was tired and doing what I could when my brains came online. I played video games when I was awake but unfocused, World of Warcraft and Skyrim and Guild Wars 2. I grew very sick of being in bed, reading listlessly, restlessly, when I didn’t even feel up to sitting at the computer.

The days passed slowly but the weeks sped by in retrospect. More on that, because this is a post about time.

TIME TIME TIME
One of the interesting books (once I had the brains to follow anything meaningful) was Claudia Hammond’s Time Warped (public library). We all understand time, kinda, unless there are neurological problems in our brains (like having one’s hippocampus removed in an effort to control epilepsy, then not being able to imagine the future). Or rather, we think we do, when we even think about it. But the evidence suggests that time is not only not what we think, but we don’t necessarily experience it the same way as those around us. Yet time is the fundamental yardstick to how we frame our mental reality.

Here’s my favorite thought experiment from the book, the first time I really sat up and said OMG YOU’RE KIDDING. If I said that Wednesday’s meeting has to be moved forward two days, what day will it occur? 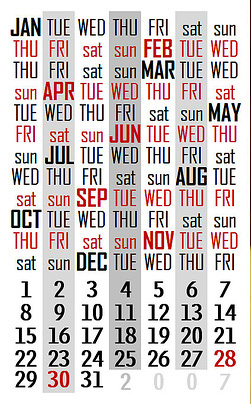 This hardly seemed like a difficult question, and I immediately had an answer. (I’ll tell you at the end. Decide your answer before we get there.) Some of you may recognize where the “trick” lies, and perhaps you’re sensitive to the question because of having gotten a different answer from someone else at a crucial time. I’ll point out (as does the author) that there is no right or wrong answer, just distinctly different ways of experiencing time.

There are lots of perspectives discussed about the perception of time, how it warps through memory, anticipation, boredom, novelty, and attention. I’m not yet finished with the book but I’m emphatically looking forward to her promise that there are ways to put this research to practical use. If time is largely a mental construct (which is her thesis throughout the book), then what are the mental skills I can use to make the best and happiest use of my time?

A HAZY SHADE OF WINTER
Those who know my gaming habits know that Winter is more than a season to me; it’s the name I call my main character in WoW (officially Winterice). It’s wryly appropriate that much of June was spent hazily following that character around, doing simplistic game activities I ignored before, things like fishing and cooking. I didn’t have the working braincells to do anything harder. I made notes and lists because I couldn’t remember what I was working on from the day before.

It kept me from being screamingly bored. Time passed slowly enough anyway, with my brain in a permament state of cotton fuzz. If I was too awake to sleep, or coughing so much I couldn’t, I needed a distraction to make time go faster, to tire myself (sitting up awhile was tiring) until I could sleep and rest and arrive at that future time when I might feel better.

Being bored or tired is one of those things researchers love to experiment with. Start the stopwatch on your smartphone, don’t look at it while it runs, and then look when you think 60 seconds have passed. Test yourself at different times of the day, under different circumstances. (You’ll get better with practice but that’s beside the point here.) 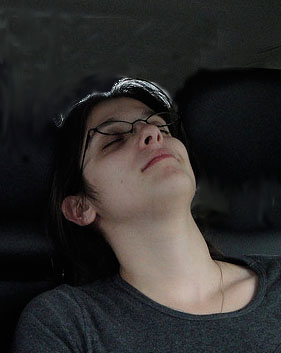 (or ill!), and you’ll swear that a full minute has passed but only 40 seconds might have gone by. When my mother was in the hospital, she would complain people would only stop in “for a few minutes” and she was alone 23.5 hours a day… yet I knew her friends were there 2-3 hours at a stretch, sometimes all afternoon or all evening. She wasn’t just whining; she really experienced the empty hours as lasting longer.

Engage the brain with something, anything, and time picks up. Get into the state of flow, and time zooms by like a rocket.  Flow was beyond my reach. Engagement with a game that I can do pretty automatically, but which still requires attention, was the perfect distraction and probably saved my sanity.

HANGING ONTO HOPE
Each time I woke up feeling a little chipper, I got ambitious. Setting the games aside, I’d work on the Deluxe T&T material, or catch up on emails. I could handle that — hey, lookie, I got through all these sections of the draft! I would be so proud of accomplishing something back in the real world. Maybe I could run an errand! Yet after an hour of activity, energy drained out of me like someone pulled the cork. I’d skip the other places I meant to go, stagger home and fall into bed for hours, only to wake up with cotton brains once more until I got a long sleep. Like 10 or 12 hours worth.

FUNNY HOW MY MEMORY SKIPS
When I look back, those long days dragged but the months … where did they go? I feel like I lost most of June and July; they evaporated almost overnight. And interestingly, Hammond addresses that too, a reverse example of what she calls the Holiday Effect.

Briefly it is this: during an exciting holiday or vacation, the days are full with merrymaking, atypical experiences, and you accomplish multitudes of things before lunchtime. The evening rushes at you with even more delights, and the days fly by. Suddenly you’re going back to work almost before you’ve unpacked and settled in. Yet looking back, the holiday was full of memorable events and feels much longer than it seemed at the time. Hammond maintains that prospective and retrospective views of time alter how time is assessed.

While ill, my days had little that was memorable. My character Winter dinged 600 in Archaeology; my hunter dinged 90 somewhere in there. I read (or re-read) a slew of completely forgettable books before I started being able to really pay attention; I couldn’t tell you titles or authors to save my life. The days dragged. Without benchmark memories beyond what I mention here, there’s little to frame the weeks I was down.

In one’s routine life (absent that Holiday Effect), one of the ways adults seem to assess passage of time is how much happens. On the average, most people remember 6-9 “events” over any two week period. (Try it, without looking at emails or diaries or timelogs. Check yourself afterwards though, because you’re likely to think you saw that friend of yours last week, but actually it was last month. More time warpage.) I didn’t have much happen, so to pull up 6-9 things … a doctor’s visit, near-collapse at the pharmacy while waiting for a prescription, or dinging my character’s Archaeology skill … I have to encompass more than a fortnight. But my brain still says that usually fits in about two weeks of time, so the fact that a month or six weeks have passed refuses to correlate.

LOOKING OVER MANUSCRIPTS
I’m feeling better, that’s for sure. I’m still lying down, resting often, but I’m reading more interesting books and remembering them — books like Time Warped, but also a little of the Jefferson biography The Art of Power and some Roger Zelazny short stories. My gametime now includes activities that are a little more challenging. I’ve done a little sketching — short of physical exertion, completely new creative work remains THE most difficult and draining thing for me, whether writing or art.

Still, I’ve put in long days on Ken’s draft of Deluxe T&T. Working with someone else’s words and concepts requires my brains to be in working order, with an element of creativity, but I’m not making it up out of whole cloth. In fact, I am working very hard to keep Ken’s voice and content, albeit much rearranged. I intend to write a separate blog post (this weekend I hope) for the Deluxe T&T blog about what I’ve been doing and why and how, so I won’t reiterate it here. There will be a video uploaded to YouTube in the near future too.

THE SPRINGTIME OF MY LIFE
Making that video was another exercise in time warpage.

The weekend of July 27-28 was Trollcon/FBIcon, up in Scottsdale, Arizona. It’s part relaxacon, and part just a mini-con, very small and unpretentious, an excuse for friends and hardcore fans of FBInc and T&T to come together in the Phoenix Metro Area during the hottest month of the year. (Hotel rooms are cheap, at least!)

It also represented an unmatched opportunity to meet with some fans and with the Fellowship — Ken St Andre, Rick Loomis, Bear Peters, and Steve Crompton — to discuss progress on the Kickstarter (here’s the Kickstarter link for anyone who hasn’t been following my storytelling for long). Ken and Steve drove down from Phoenix to pick me up, in part to conserve my energy by not having to drive myself, and in part to get in a little extra time to visit. By the end of the two-hour drive, I was wiped out, and instead of going over to the con, I crashed at Steve’s place for several hours, waking up with — you guessed it — cotton for brains. Coffee and Chinese takeaway brought me back to life.

That evening, the Fellowship met and we went over, in detail, the work I’d been doing (little by slowly) on the rules: answering each other’s questions, debating solutions, examining assumptions internal to the game world and external to game design and mechanics. Although my energy ebbed and flowed, we got a helluva lot accomplished, agreements worked out, and ideas nourished. The next morning, after a good long night’s sleep, we gathered at the convention to sit down in front of everyone there about where we were in the project, show off the finished material that had been done to date, and answer questions from attendees. During all this, we would be videotaped by professional videographer Jim Miller, who did Ken’s segment of the Kickstarter promotional video.

When we were finished, Steve asked him “How long WAS that anyway?” When the raw video turned out to be just 30 minutes, we were all astonished and agreed that it felt like an hour. I’m sure Hammond would have an explanation but I can’t pull up what it might be. I’m reaching the end of this blog after writing all new material for the last three hours, and my brains are starting to turn into cotton again. You would be correct to assume I’ll be napping soon after I hit the “Publish” button here, so I’m going to wrap this up.

STOP AND REMEMBER
At the top of this post I brought up this mental experiment: If I said that Wednesday’s meeting has to be moved forward two days, what day will it occur?

My immediate answer was “Monday.” Was your answer Friday? Both are correct, given the phrasing of the question, but they encapsulate different ways of experiencing time. Does time flow at you, or do you actively move through time? Check out Hammond’s book for a longer discussion of this, which I honestly found surprising and fascinating.

And with that, I’m done here. My kudos and appreciation to Paul Simon for the lyrics I used to frame this blog’s discussion of time. (Hard to believe the singers, and we, were ever that young! Quick, name the year this album came out. If you were alive at the time, you’ll probably overestimate the date. More systematic time warpage.)